The Well-Cared For Monument

We became a laureate in the "Zadbany Zabytek A.D. 2008" Competition (the Well-Cared For Monument A.D. 2008 Competition) organised by the General Conservator-Restorer in 2008. 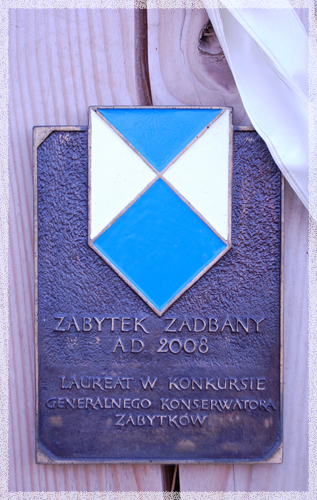 We were awarded the Laureate’s Diploma in 2008 for the reconstruction of a wooden court granary in a new place and its adaptation to new functions. 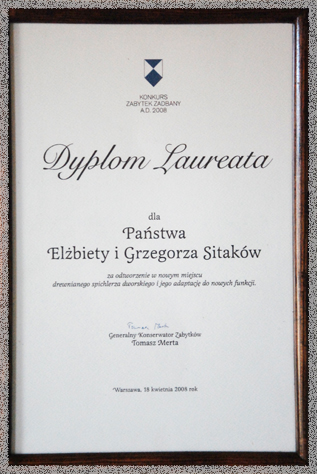 Certificate for the tourist product

We were awarded the Certificate for the tourist product in 2008 by The Tourist Organisation of Częstochowa. 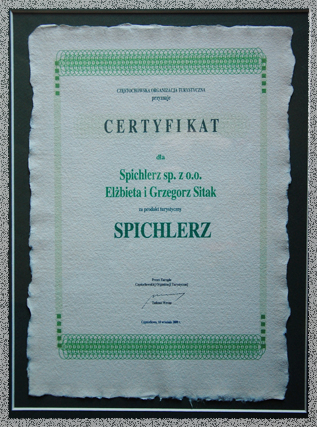